Innovating in a time of constraints, Steve Wozniak

Innovating in a time of constraints, Steve Wozniak 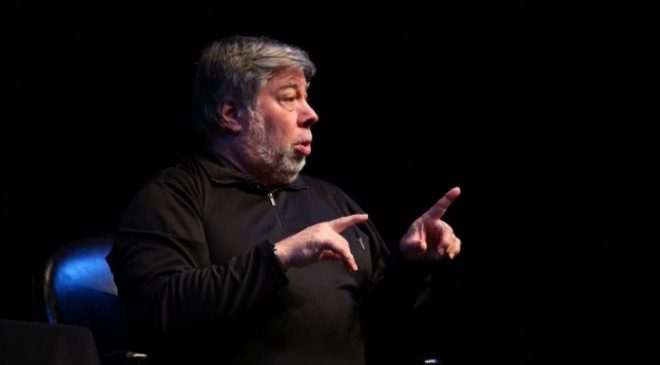 Apple co-founder talks about important issues during this difficult time.

As the pandemic chaos tails off and CIOs start to come out of ensuring business continuity during lock down and move onto driving the business through economic hardship, they face some interesting times. They will be having to deal with new constraints lately – whether that is digital or smaller teams.

However, constraints can “breed brilliance” and even if organisations require some “significant resilience”, they can also produce some “interesting” and creative ideas.

They need to understand that what they do in a company or a team is not the “end all solution that makes it successful, said Steve Wozniak co-founder or Apple and computer scientist.

During Mimecast’s Cyber Resilience Summit, Wozniak discussed how best to innovate in a time of disruption and cyber resilience, with Peter Bauer CEO of Mimecast.

“There are going to be a lot of other people in their departments,” said Wozniak. “Each of these people are important try to understand and to try to communicate with. Talk with people do other things and if your personalities mesh — it works well.”

Wozniak said the most important thing for a company is to keep the money generating. That’s where the engineers and the inventors in the company can help with keeping that going.

“How do you have both in a company?” He asked. “Notice the engineer with ideas that are so inventive, that five or 10 years from now there might be a huge market,” he said.

Sometimes, Wozniak said there just one idea that might not fit the company’s plans because it’s just too “different or something”.

“Grab one of the younger, free thinking engineers and one of the makers and encourage them to continue the project on their own time,” he said.

Wozniak said this was done at Apple where he and founder Steve Jobs were taking “huge risks” and personally funding projects.

“[We were] doing things like selling the most valuable possession of our life just to raise a few hundred dollars,” he said. “It wasn’t like we sat down and said let’s start a company or something. I didn’t think about [wanting] have a company; or make money; or be an entrepreneur.”

Wozniak notes there was he a different life 10 years prior to founding Apple, where he was teaching himself “how to design computers on paper and loved it”.

“In early college I just got so skilled at this I told my father, someday I’m going to own a US$4000 data general Nova computer – [which] was enough to type in programs and run it,” he said. “My father looked at me and said, it costs as much as a house and I was silent for a few seconds and I said, I live in an apartment.”

Wozniak said he decided in his “heart” that technology and having a computer of his own was more important than owning the house and that has struck to him even up to now.

However, he felt it’s extremely hard to go back and judge which aspects made you win, and which ones made you lose.

“My feeling though is my job had good technical friends and incredible engineers. Steve [Jobs] wanted somehow to get to a position in life to be one of those important people, but he didn’t have the academic background, and the employment skills and all that was necessary to really have a good chance at starting a big company,” Wozniak said. “He had me and each of us on our own, probably wouldn’t have made it — you can’t say that for sure. But after we started Apple, Steve kept trying to develop his own computers for years — fail, fail, fail — and my computer would have gone nowhere without a business.”

He believed if someone else come up to me him and said “this is the best product I’ve ever seen, we’ll put money into that”. Wozniak would’ve turned them down because he would’ve stuck with his friends.

“Friendship means a lot to me and loyalty in that sense,” he said.

While not every company can get that type of combination going right from the start of the company, Wozniak proposes they have a chief disruption officer that does not report to the CEO, but to the board of directors.

“[A] CEOs business should be keeping the company running and keeping it successful,” he said. “The disruption team should probably look at what might come along in the world. Ideas that could disrupt their industry and have them be called a disruptor.”

Wozniak points out technology like artificial intelligence can also be a disruptor.

He believes algorithms can be trained to play chess better any human and recognise things quicker than a human can.

“Although there’s a lot of shortcomings, artificial intelligence is going to help us so much but only if we only apply it to specific areas,” he said. “AI has now moved up to machine learning. But we don’t say here’s the solution. We know the solution is programming, now we say partly we’re programming a learning method.”

According to Wozniak AI “is just the key word for the modern state-of-the-art technology, and every computer “we’ve ever had was designed to help us with more in our lives as humans”.

“AI should be both embraced — because it does help us do things we couldn’t do,” he said. “In some cases, it can help us make a safer and make us healthier, but it has its limitations and the AI intelligence is maybe an artificial work.”

AI to shut down an attack

Wozniak believed organisations need to pay attention to the cyber security and how AI can help, because if they are attacked it can “really interfere with things”.

“I think that’s the biggest piece that needs the most attention,” he said. “I think artificial intelligence is just a way of doing something better than we’ve done before.”