Defining the future of the workplace in Asia

Defining the future of the workplace in Asia 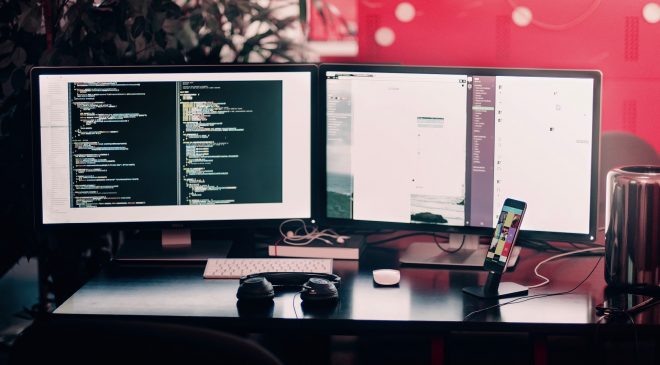 Digital adoption and integration helped workplaces overcome the worst of COVID-19’s challenges, but is it a sign of the future of work?


The impact of the global pandemic on the world at large has been impactful and sudden. In Asia, the crisis has proven to be accelerant of change. This is perhaps most evident in the workplace, where an increased focus on areas like flexibility, technology and employee wellbeing has ushered in what recruitment firm Hays has termed, ‘the new era of work’.

But the process of recovery in different Asia markets has revealed distinct differences between workplaces in each region, such as their place in the digital journey, their allowance of flexibility or their understanding of what inspires an employee to give their best despite challenging circumstances.

According to Hays in Mainland China’s high levels of digital adoption and integration helped the country’s workplaces overcome the worst of COVID-19’s challenges and return to work in record time. In its recently released Uncovering the DNA of the Future Workplace report, only 39 per cent of respondents in Mainland China could confidently describe their organisation as future-ready, with a further 45 per cent being ‘unsure’.

When asked what could help increase the future-readiness of their organisation, the majority of respondents in Mainland China said, ‘openness to change’ (76 per cent), followed by ‘digitalisation of processes’ (70 per cent) and ‘increased learning and development opportunities’ (68 per cent).

When it comes to digitalisation of processes, the report found that the digital-forward nature of Mainland China’s workplaces became apparent when respondents were asked if their organisation provided sufficient technology and tools to help realise current individual and organisational goals. 55 per cent agreed/strongly agreed, the highest percentage to do so in Asia. Mainland China also already had the highest adoption of conference call, video call or online meeting software in Asia pre-covid (75 per cent), a technology that respondents across Asia (80 per cent) said would be most important when considering joining a new workplace following the pandemic outbreak. Across Asia, respondents in Mainland China were tied with Hong Kong SAR in being the most confident that their organisation’s digitalisation journey would maintain relevancy in the next 3-5 years (58 per cent).

However, while more than half of respondents (53 per cent) said they were very aware/aware of their organisation’s digitalisation journey, this number is lower than almost 59 per cent who said so earlier this year. Mainland China also had the largest number of respondents who said they were moderately aware (32 per cent) as compared to the rest of Asia, which could be indicative of the rapid pace of technological change that could be leaving employees behind. It becomes doubly concerning when considering 85 per cent of respondents said their organisation’s technology/digitalisation journey was important/important to them, regardless of their role.

Jessica Wang, regional director of Beijing, Guangzhou and Shenzhen at Hays said the majority of respondents in Mainland China believe that digitalisation of processes will help their organisation be more future-ready and have shown growing confidence in how relevant an organisation will be in the future as its digitalisation journey progresses.

“A workplace of the future in Mainland China is then one that will inspire confidence by not only being more digitalised but integrating its digitalisation journey as an essential element of progress for the long-term, rather than a short-term fix to a circumstantial problem,” she noted.

However ongoing instabilities in the last year have pushed more organisations in Hong Kong to digitalising their processes as a way to not only future-proof their organisations, but also conserve resources and weather the current storm.

Hong Kong was one of the first regions in Asia that had to transition to remote and digital ways of working fairly early. However, with digital talent being in shortage for some time now, many organisations have paced their digitalisation gradually and based on necessity. This is evident by the limited change in cloud computing, for example, before (49 per cent) and following the pandemic (50 per cent). The implementation of cloud-based systems will be necessary to make a significant and permanent shift to remote working for the long term, the latter being a top priority for respondents in Hong Kong following the pandemic (87 per cent). 65 per cent of respondents also said cloud computing was important for them when considering a new employer now, as compared to only 15 per cent who thought so pre-COVID-19.

“Cloud adoption is a crucial part of making remote working a permanent fixture in the new era of work, which is desired by both employees and employers alike,” he said. “A workplace of the future in Hong Kong will need to have strong IT infrastructure and run on cloud-based systems to ensure their employees can work remotely and stay agile in the new era of work.”

In Singapore a number of government-led initiatives around infrastructure, education, digitalisation and skills development that are focused on keeping the country at the forefront of workplace development. These efforts may have also positively impacted the sentiments of working professionals.

Just a little over a half of respondents in Singapore (58 per cent) are confident their organisation’s current digitalisation journey is sufficiently placed to maintain relevancy in the next 3-5 years, up from 43 per cent who thought so before the pandemic made landing.

Room for improvement in cloud adoption

The use of cloud-based systems, however, only saw a moderate increase from 53 per cent to 55 per cent, indicating room for further investment. The implementation of cloud-based systems will be necessary to make a significant and permanent shift to remote working for the long term. 68 per cent of respondents also said cloud computing was important for them when considering a new employer, as compared to only 11 per cent who thought so pre-COVID-19.

However, the overall acceleration has been promising and fitting of the majority of respondents (84 per cent) who said their organisation’s digitalisation journey was important/very important to them, regardless of their role– a number that remained unchanged both pre and post-outbreak.

Grant Torrens, regional director for Hays Singapore said while the country has the highest number of respondents who think their organisation is future-ready, the number still accounts for less than half of the total respondents in Singapore, with the majority saying that digitalisation of processes is what will help their organisation get there.

“While many organisations have seen accelerated digital transformation in the light of the pandemic, that the vast majority of working professionals believe their organisation’s digitalisation journey is very important to them, means that ongoing digitalisation will be a vital part of any organisation looking to stay relevant in the times to come. Communicating well about this journey will also help keep employees engaged and confident in their workplace’s vision for the future.”

In Malaysia COVID-19 pandemic accelerated digital adoption in Malaysia’s workplaces and stirred change with regards to flexibility, upskilling and employee wellbeing, there may be room for improvement in these areas still.

Respondents in Malaysia are more confident now that their organisation is sufficiently placed to realise its goals and maintain relevancy in the next 3-5 years (55 per cent) than they were pre-covid (43 per cent). While this is a significant increase, it is still the lowest such score in Asia after Japan (43 per cent).

About 85 per cent of respondents in Malaysia said their organisation’s digitalisation journey was important/very important to them regardless of their role, with the majority saying that video conferencing software (85 per cent) and remote working access (83 per cent) were the most important tools for them to consider when joining a new workplace. But while video conferencing software saw relatively high adoption before the pandemic (69 per cent) and now (86 per cent), just over half of respondents say their organisation’s currently offer remote working access (66 per cent), with even less offering cloud based storage and systems (49 per cent). The latter are both lowest scores in the region after China (64 per cent) and Japan (44 per cent) respectively.

Respondents also say they are exactly as informed of their organisations digitalisation journey now as they were before the pandemic (66 per cent), indicating either consistent levels of communication or the lack of disruptive change.

Tom Osborne, managing director for Hays Malaysia said the majority of respondents in Malaysia have taken a digital-forward mindset and envisioned a workplace of the future to have digitalised processes.

“With a large majority also saying that an organisation’s digital journey was important to them regardless of their role, technology will be a major and continual area of focus for organisations to not only develop their capabilities but to keep staff motivated and engaged,” he said. “Considering the speed at which employers are implementing changes, an organisation of the future would be expected to have faster processes and implementation to keep up with employee needs, including remote working.”

The Latest in IT Security

Previous post Defining the future of the workplace in Asia