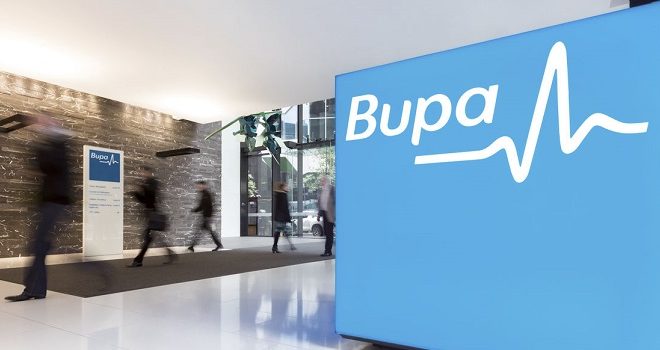 Healthcare company in Australia saw a high rate of Teams use during the pandemic in 2020.

When COVID-19 struck it was all hands to the pumps to ensure that the organisation could continue to operate, despite workplace restrictions in order to be able to continue to fully support the health and wellbeing needs of customers, who were also grappling with the challenges of the pandemic.

Bupa had started to deploy Office 365 – so had in its technology toolkit already the cloud-based platforms that could be used from anywhere.

Office 365 was deployed to some business units in Bupa in 2019, but with the onset of the pandemic the organisation needed to ensure its staff were fully primed in how Microsoft Teams could support their communications and collaborations needs. With often sensitive information being its stock in trade, Bupa also needed to preserve the security of its systems and data.

Change management can be a tricky task at the best of times – with the pandemic bearing down, there was no room for error at Bupa. Senior executives and staff had to be fully supported as they transitioned to a new way of working, to protect productivity and ensure business continuity to deliver the level of service that customers rely on.

The extent of the challenge is made clear by the fact that between January and August 2020 the number of active Teams users at Bupa soared by 1,400 per cent. Each employee needed Bupa’s full support.

It has been effective as according to Dee Eldridge, digital workplace manager on Teams is increasingly recognised as a core pillar of Bupa’s ability to collaborate.

“Teams has really allowed us to adapt, but still feel interconnected as a business.” She adds that Teams has also helped protect the social fabric of the organisation by preserving social interactions which are critical to mental health.

A core pillar has also been delivering a collaborative and secure solution, while including a strong focus on the development of conditional access policies, multi factor authentication and securing the environment for both desktop and mobile access.

Working with Engage Squared, Bupa developed and rapidly deployed a change management and training program to support employees as they transitioned to the new way of working.  Eldridge said that Engage Squared supported Bupa with change management facilitation, the creation of knowledge centres that employees could access, the governance surrounding the system, conducted extensive adoption and training activities, which also included shaping the interviews that Bupa conducted with employees to better understand how Teams could be used.

To ensure that the learning content developed was fit for purpose Bupa conducted a total of 67 interviews that revealed 24 business scenarios that would need to be digitised because of the move to remote working, with Teams providing the communications and collaboration glue. Eldrige said.

Kav Moodaley, project/delivery manager said conditional access policies allow us to make sure employees can still access Microsoft applications anytime from anywhere, but only the applications and data that they need.

Bupa is also upskilling employees and building a strong security culture to reduce the risk of inadvertent security breaches or data loss.

Bupa’s data is classified by type and all access is controlled through multi factor authentication with staff provided access to systems and data on a need-to-know basis with the right level of access to information at the right time. This conditional access approach is critical to protect sensitive customer data and also ensure regulatory compliance.

That self-serve approach also helped spare Bupa’s already inundated service desk from having to answer every question employees might have, related to Office 365

As training was no longer delivered one to one – or even one to a few – but one to 50 at a time per session, Bupa ensured that the Engage Squared trainer was supported by a second person, generally someone with deep Bupa knowledge, who acted as a moderator on the chat, so that the trainer could concentrate on what they were doing. People’s questions were not being overlooked and also being tackled with full Bupa context.

“Ensuring we had those two people supporting the session helped manage the meeting thread, while also allowing people to ask questions afterwards. This approach helped employees feel like they had that more individualised and robust support system in place, if they did have any additional questions that they thought of down the track,” said September.

The organisation also identified a series of Change Champions in the business who were trained first and then able to support their peers, day to day.

September adds; “We also ran our own stream that was dedicated to making sure our Exec Leadership Teams and any of our directors from across the business were supported and handheld.”

She adds that training will be continually refined and updated as the ever-green nature of cloud computing platforms such as Office 365 and Teams, means that there is continual evolution of the applications. This requires ongoing investment in training to ensure employees reap most reward from the platform.

That’s also important as additional Teams capabilities are deployed in Bupa, for example the use of Teams Live to facilitate large scale communications.

Several months after the move to remote working was implemented, and Teams was deployed, Bupa is taking stock, assessing the impact on productivity and employee wellbeing. September said.

“Our managers are being coached on how to support virtually and that will obviously utilise catch ups through Teams.”

Eldridge noted that there have also been changes effected in the way people work together. “Employees have come back with really great feedback about how quick and easy it is for them to collaborate. Things like co-collaboration within documents and version history, is a large piece that the business is starting to get excited about.

“I think it’s been beneficial for the business to move away from siloed work in different systems, to being able to chat, email and collaborate with interconnectivity” and she expects the introduction of additional Teams capabilities such as video transcription, closed captioning, and multi-language capability, can further elevate that.

While it’s still impossible to know how or when the pandemic will abate, September expects some sort of silver lining. “The business actually understands that they can have a modern workforce that are located across the globe.

Moodaley, predicts that there will be a maturing of attitudes to work and particularly flexible work, as the focus is increasingly on outcomes.

“It’s definitely going to make it a lot easier for the future of work,” she noted.

Next post Businesses will have a dedicated cybersecurity committee by 2025